We had expected to be in La Linea for only a few days, but it was two weeks before there was a decent weather window down to the Canary Islands. Even then the window was pretty small – if we left on the Thursday we would catch a pretty big swell from the previous low, and if we left it an extra day for the swell to calm down we risked hitting southerlies as we arrived in the Canaries.

We decided to leave on the Thursday and risk the bigger swell, aiming for Lanzarote rather than Gran Canaria which would make it a 4 day passage instead of 5.

We left La Linea in time to catch the east flowing current through the strait of Gibraltar, but never hit it. Whether we were in a back eddy along the coast or it was simply the wind against us, we were down to 2.5 knots over the ground at times. By the time we eventually passed Tarifa we were losing the light and we passed the edge of the TSS at dusk before turning south. The Gibraltar Strait is one of the busiest shipping lanes in the world but we found a decent gap after 5 eastbound ships and crossed from north to south with little drama.

Once on the south side of the strait we sailed close hauled to clear the Moroccan coast and head out into the Atlantic. We had left an hour behind friends on Boag and Nikau and cleared the strait about 20 miles behind them. Close enough to keep in loose VHF contact and see them popping on and off AIS.

On day 2 as we got further out into the Atlantic we started to catch the swell we had worried about. 3m – 4m waves with not quite enough wind to hold the sails out, so each time the boat rolled in the swell the sails would crack in a cringe inducing fashion. It was pretty lumpy and 3/4 of the crew were seasick.

Things were a bit better on day 3 as the swell subsided and the wind picked up. By the end of the day we were sailing wing on wing in 20kn – 25kn and clocking over 10 knots over the ground as we surfed down the waves. We had possibly pushed the boat a little too hard though as, during my night watch, I realised we had blown a couple of holes in our mainsail. (We later found out one was due to a mistake by the sailmaker and the others due to UV degradation).

The next morning when we had our now usual radio chat with Boag and Nikau we found out that we weren’t the only ones to suffer. Nikau had torn their gennaker through the night and taken an hour to get it back onto the boat. In retrospect things could have been worse.

Day 4 took us in towards Lanzarote and by early morning we could see our goal. While we had sailed a similar length passage before, this was our furthest offshore and first big passage in the Atlantic. Making landfall felt like quite an achievement and to top things off we caught our first fish on the way in!

We made for Isla Graciosa at the north of Lanzarote, one of the few good anchorages in the Canaries. We dropped anchor there around 2pm and stayed for a couple of days. 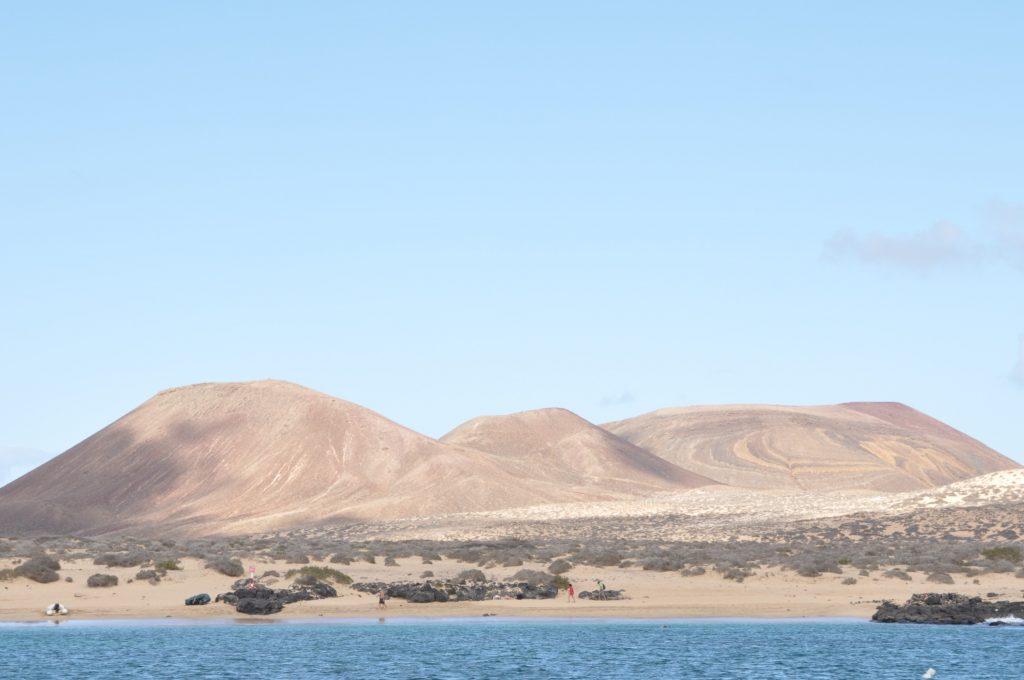