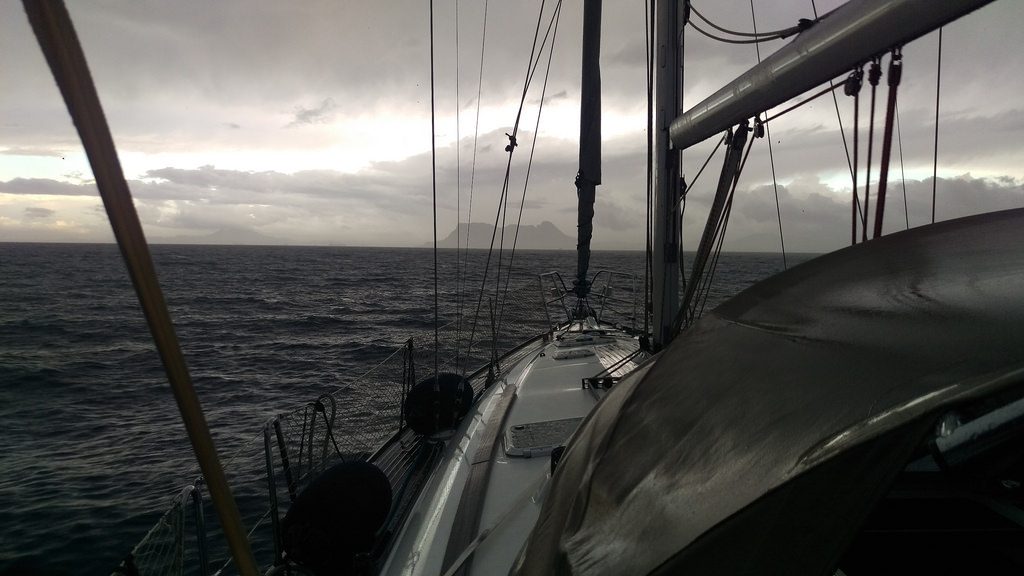 We arrived in La Línea de la Concepción, on the border with Gibraltar, after a rather wet night hugging the coast from Almerimar. We had waited in Almerimar for several days hoping for a switch from the westerlies we’d been getting, but this never came so we picked the least bad day and motored through it – we didn’t want to risk missing a weather window down to the Canaries. We needn’t have rushed, as a series of lows were to sweep in from the North Atlantic with no settled periods in between.

We had travelled down with friends on Alesea, a Hanse 505, and arrived just shortly after them into La Linea. We spotted a couple of other ARC flags when we got in and over the next couple of weeks saw more and more ARC boats come in, like us waiting for a decent window down to Las Palmas.

Not a bad view from the marina

We made the most of our time there, picking up some of the final gear we wanted for the Atlantic crossing: a drogue for slowing us down in bad weather or to use as emergency steering, lifejackets lights and hoods for the boys lifejackets, and personal AIS beacons that transmit back to the boat if anyone goes overboard.

We also got on with some of the maintenance we had planned to do in Las Palmas, starting with servicing the engine and replacing the main engine oil, oil filter, gearbox oil, and prefilter and primary fuel filters. In theory a simple job, but after replacing the fuel filters we were unable to prime the fuel system again. We spent most of two days trying various options like prefilling the filters with fuel before attaching them, sucking fuel through the system with a vacuum pump, and checking and re-seating all seals but still couldn’t get any fuel through. Eventually I posted on Cruisers Forum for suggestions and not only did we get a quick response but it turned out the guy who responded was on the next pontoon and had the same filter assembly. A quick borrow later and we found the problem was the diaphragm in the manual priming pump. 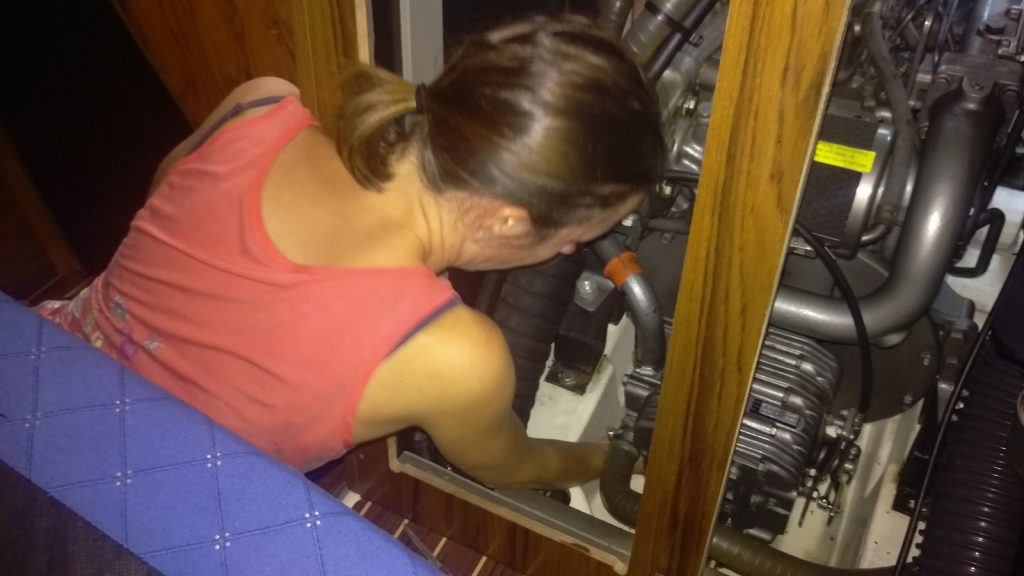 Nothing is simple though – the local Yanmar agent said it would be a minimum of two weeks to get the part in. A few calls later, and we found an agent in Puerto de Santa Maria who could get the part shipped in from Holland withing a day. A rather wild drive through torrential rain and the part was collected, then back to boat and part fitted, all ready to go.

In between all this we managed a few trips into Gibraltar – I’ve now walked, cycled, bussed and driven across the border and over the runway at Gibraltar, a slightly odd experience. Our first trip over was on a rather grey, dreich day – so immediately we felt at home.

A few days later we were back over and took the cable car to the top of the rock. It was pretty impressive, as was the view across the strait. 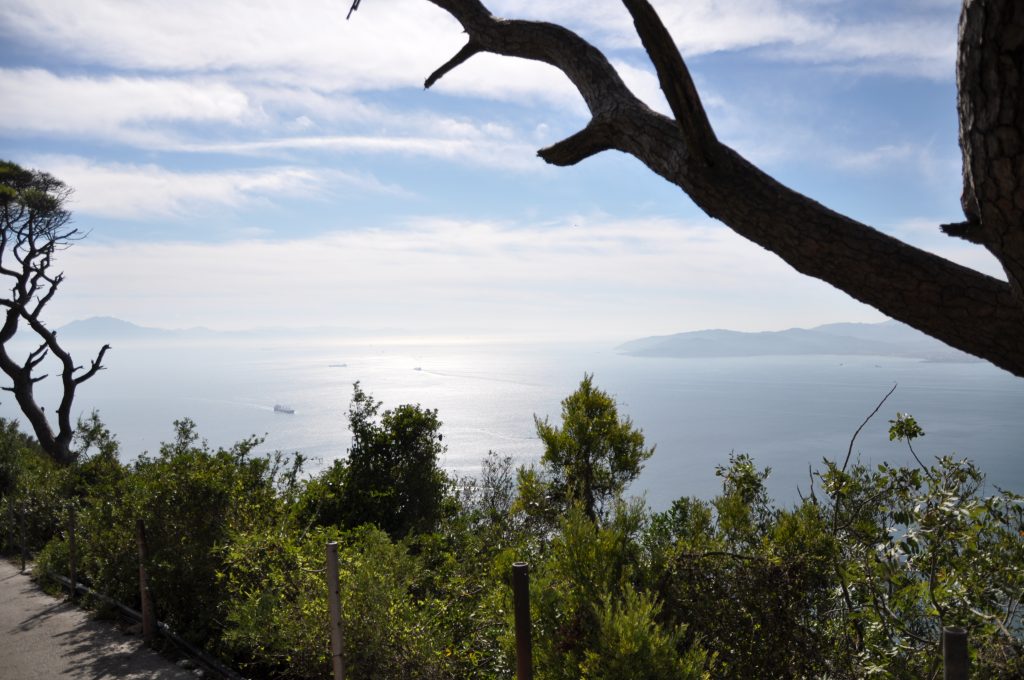 Across the strait towards Africa